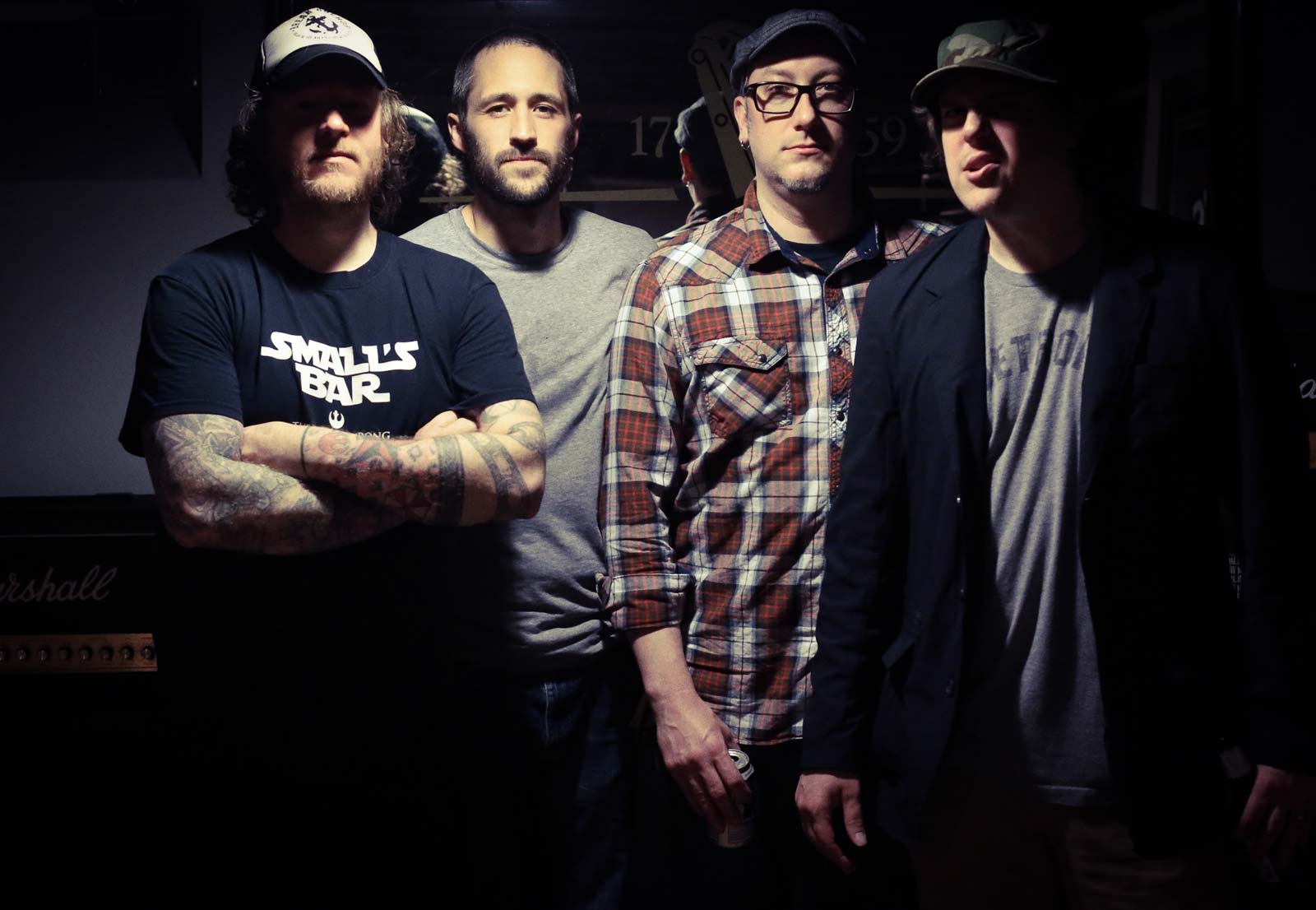 The Suburban Delinquents are a Detroit-area punk band formed in 1994. Their sound is a mishmash of the classic punk and hardcore they grew up on. They’re mostly fast, sometimes poppy, always gruff, with songs touching on misanthropy, intoxication, suburban ennui, romantic entanglements and existential angst.

Dead And Gone is their first release in twenty years.

The Delinquents rose from the ashes of Pee Wee Manson, a scrappy band described in a 1993 MaximumRockNRoll Detroit scene report as “garage punk.” Pee Wee Manson played a handful of basement shows and house parties before vocalist Campbell and guitarist Counts began concocting songs on the side. They soon joined forces with Galindo for a new band.

The three played their first show on the 15th Floor of the then-abandoned Broderick Towers in downtown Detroit with a slew of other bands. The Broderick Towers has now been refurbished into luxury lofts.

The three changed their name to Roseside Floral, a mash-up of the streets they grew up on in the Detroit suburb of Livonia. It was around this time that they added Toth as a second guitarist and played several basement shows.

After a few more shows, the band changed their name to Suburban Delinquents and began producing 4-track and 8-track recordings, including 1995’s Idiot Box. The band played basement shows, house parties and the all-ages shows at coffee houses like Pharaoh ’s Golden Cup.

In 1996, the band hit the studio to record a self-titled, full-length album, which they released on cassette. The album was well-received in the Detroit scene and the band began opening for bands like the Suicide Machines, Avail, AFI, Good Riddance, Murphy’s Law and U.S. Bombs at clubs all over the Midwest.

The band released 1998’s Just Another Day. After a brief tour of the East Coast, the band broke up.

In years following, the members were in a slew of other Detroit-area bands – Galindo: Few and Far Between, Red Iron Orchestra and Touch the Clouds; Campbell: A Darker Broadcast, Malcontent, The Dewtons and Smash the Jukebox; Toth: Side Orders and Blueprint 76. Campbell, Counts and Toth played in Wristrocket together and Counts and Toth were in 7 Years from Somewhere.